Get recommendations personalized for you

Join the discussion with other movie buffs

What is the Tomatometer™?

The Tomatometer rating – based on the published opinions of hundreds of film and television critics – is a trusted measurement of movie and TV programming quality for millions of moviegoers. It represents the percentage of professional critic reviews that are positive for a given film or television show.

The Tomatometer is 60% or higher.

The Tomatometer is 59% or lower.

Movies and TV shows are Certified Fresh with a steady Tomatometer of 75% or higher after a set amount of reviews (80 for wide-release movies, 40 for limited-release movies, 20 for TV shows), including 5 reviews from Top Critics.

Percentage of users who rate a movie or TV show positively.

New On DVD This Week

Critics Consensus: Casino Royale disposes of the silliness and gadgetry that plagued recent James Bond outings, and Daniel Craig delivers what fans and critics have been waiting for: a caustic, haunted, intense reinvention of 007.

Critics Consensus: Casino Royale disposes of the silliness and gadgetry that plagued recent James Bond outings, and Daniel Craig delivers what fans and critics have been waiting for: a caustic, haunted, intense reinvention of 007.

Critic Consensus: Casino Royale disposes of the silliness and gadgetry that plagued recent James Bond outings, and Daniel Craig delivers what fans and critics have been waiting for: a caustic, haunted, intense reinvention of 007. 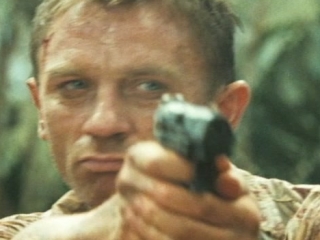 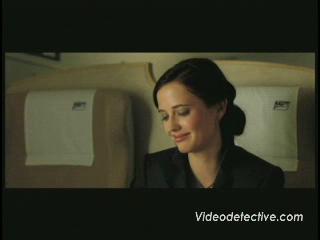 James Bond's first 007 mission takes him to Madagascar, where he is to spy on a terrorist Mollaka. Not everything goes as planned and Bond decides to investigate, independently of the MI6 agency, in order to track down the rest of the terrorist cell. Following a lead to the Bahamas, he encounters Dimitrios and his girlfriend, Solange. He learns that Dimitrios is involved with Le Chiffre, banker to the world's terrorist organizations. Secret Service intelligence reveals that Le Chiffre is planning to raise money in a high-stakes poker game in Montenegro at Le Casino Royale. MI6 assigns 007 to play against him, knowing that if Le Chiffre loses, it will destroy his organization. 'M' places Bond under the watchful eye of the beguiling Vesper Lynd. At first skeptical of what value Vesper can provide, Bond's interest in her deepens as they brave danger together--and even torture at the hands of Le Chiffre. In Montenegro, Bond allies himself with Matthis, MI6's local field agent, and Felix Leiter, who is representing the interests of the CIA. The marathon game proceeds with dirty tricks and violence, raising the stakes beyond blood money and reaching a terrifying climax. … More

No Friends? Inconceivable! Log in to see what your friends have to say.

Bond as a human being? Who'd'a'thunk?

Casino Royale has the answers to all my complaints about the 45-year-old James Bond series, and some I hadn't even thought of.

I consider Daniel Craig to be the most effective and appealing of the six actors who have played 007, and that includes even Sean Connery.

GOLDFINGER? SHMOLDFINGER! CASINO ROYALE is the best James Bond movie to date. Not only that, but it is also one of the best action movies ever made. And now, has become one of my favorite films. This is a classic.

A streamlined back to basics approach for Bond that hits all the right marks in rejuvenating the franchise for a new generation.

A muscular, wildly successful attempt to strip the lucrative James Bond franchise back to basics.

Let's say straight off that Craig is very good indeed: everything about his performance shows cunning and grace.

Casino Royale is a welcome break from the past and a strong and entertaining film in its own right, proving the continuing viability of Fleming's creation 50 years after his inception.

Daniel Craig brings originality James Bond, playing the super spy as ruthless, arrogant and cocky, but also bringing much more depth and emotion than any other actor before him.

A Bond for our times, indeed

Every era gets the James Bond it deserves. Ours gets a Bond who's strong and forceful but also reckless and arrogant, who blunders into tricky situations in Third World countries and makes a bloody mess of things.

Daniel Craig revitalizes the Bond franchise the same way Bale saved Batman. This was a throwback to the good ol days of Connery Bond.

Almost all the the good stuff i heard about Casino is true. It is indeed one of the best Bonds ever and I'm really looking forward to the next installment.

Now - I hate when people say this but here goes - this movie was just too darn long. Don't even TRY to introduce a romance two hours into a film.

Possibly one of the most, if not the most critically acclaimed Bond installment. Martin Campbell directs a sleek, suspenseful and provocative revamping of the acclaimed Ian Fleming saga. It's filled with action, drama and unexpectedness all due to the flare and flamboyance of a strong story and delivery of Daniel Craig. 5/5

Catch up with our character guide

Check out our cosplay gallery straight from the floor

Your one stop for scary features and galleries

Get the freshest reviews, news, and more delivered right to your inbox!